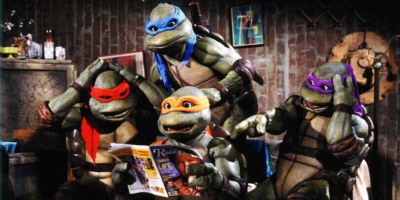 All three movies see the turtles fighting, quipping, and foiling the plans of their arch-nemesis, Shredder and his endless supply of goons known as the Foot Clan. Each movie gets progressively more ridiculous with the final one going as far as to transport the turtles back in time to feudal Japan. They all have awful reviews across the board but there’s something charming about them and you’ll be laughing for all the wrong reasons the whole way through.