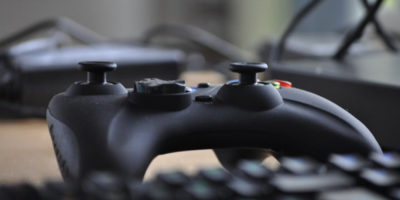 The City of Barrie’s annual gaming festival Game On! will feature an escape room this year.

This year’s Game On! runs from September 1 to 18 and will not only feature an escape room for groups of 4-5 people, but also a free virtual Rocket League tournament. Registration is now open for the September 18 event. The tournament is open to all ages and skill levels, and participants will have a chance to win prizes. The tournament will be live-streamed on Twitch.

“Gaming is a fast-growing sector which blends together art, music, technology and innovation,” says Steve Lee-Young, Manager of Recreation and Culture Programs. “This year’s Game On! event will offer our community a chance to try their hand at many forms of gaming while supporting local game developers and businesses.”

An escape room event at the Five Points Theatre takes place September 3 and 4, with groups of four and five required to participate.

In addition to the tournament and escape room, Game On! will feature activities and programming that will allow participants to re-live the nostalgia of retro video games, learn about esports and game development, and explore the world of cosplay.

We’re so happy to be working with the City to bring you exciting events as part of Comic Con & Game On! Learn more: https://t.co/I0YPEOBhRk https://t.co/9YBn19pw0j

To register for the virtual tournament or escape room events, and for more information on Game On! and how to participate, visit barrie.ca/GameOn. Game On! is hosted in partnership with Barrie Public Library’s Comic Con.