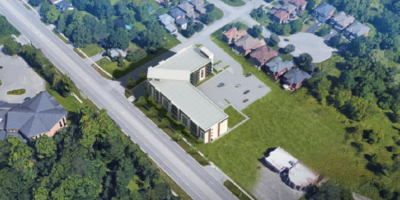 Barrie council kicked off the fall session with a trio of developments to mull over.

Developers for three separate projects have submitted applications for zoning by-law amendments, that would allow the projects to go ahead as designed.

The first of three is a proposed development that would be a four-storey apartment building with 67 residential units, along with outdoor and underground parking. It would be built at the corner of Yonge Street and MacMillan Crescent. The developers are asking the city to rezone the land from one form of residential to another, to allow for more density on the lot.

Some local residents showed up to City Hall during the meeting, to voice concerns about the proposal. Some were concerned that the area is densely populated enough. The property is within the Yonge St. Intensification Corridor, near and Urban Growth Zone, both of which call for further development under the city’s intensification policies.

The next development being proposed is in Barrie’s south end; a subdivision proposed for a 26-hectare patch of land on Lockhart Dr. near Yonge St. that calls for 87 townhouses to be built. The developers are asking City Council to consider allowing them a pass on certain requirements surrounding the porches at the front of the buildings, while also rezoning some of the lands as Environmentally Protected. Hewitt’s Creek runs through the land in question, and the property surrounding it would be transferred to the City of Barrie at no cost.

The third proposal on the night surrounded a subdivision proposed for Veteran’s Drive in the city’s as-yet undeveloped lands in the south end. The developers are asking the city to rezone the land to allow for the development of 9 street townhouses, 44 back-to-back townhouse units, and a 12 metre laneway. To do so, it would need City Hall’s permission to allow for a smaller minimum frontage, along with a maximum number of 10 contiguous units, while also allowing for a maximum height of 4 storeys.

The Public Meeting stage is only one of many; City staff will go over the applications, along with any feedback provided by local residents, and file report with Council in the coming months.