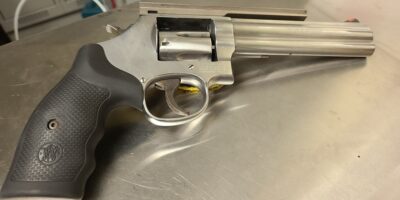 A trio are facing charges after police found more than expected during a traffic stop.

Police pulled a vehicle over on Old Barrie Road in Orillia just before 1 o’clock Monday morning and say they had cause to begin a drug investigation involving the vehicle’s occupants. All were arrested on allegations of drug possession, but a search of the vehicle turned up even more.

A loaded handgun was found inside the vehicle, according to police.

All are facing dangerous weapons and drug possession charges among others and are expected to appear in Barrie court on Wednesday.