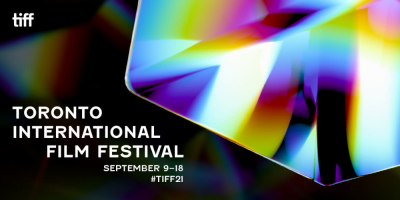 The Toronto International Film Festival is back for another year of talks, panels, and of course, the best films from all over the world.

Every year TIFF attracts hundreds of thousands of fans, the biggest stars, and the most talented filmmakers to Toronto for a celebration of all things cinema. This year, there are plenty of amazing movies to check out both in-person and online, but if you only have time to check out a few, we think you need to make it these ones.

An aspiring fashion designer is mysteriously able to enter the 1960s, where she encounters a dazzling wannabe singer. However, glamour is not all it appears to be, and the dreams of the past start to crack and splinter into something far darker. While he did dip his toes into the genre with Shaun of the Dead, this will be director Edgar Wright’s first full-on horror movie and it’s shaping up to be equal parts creative and terrifying. While many of the movies at TIFF are international pictures, if subtitles aren’t your jam, this one is an English language film.

Nelly has just lost her grandmother and is helping her parents clean out her mother’s childhood home. She explores the house and the surrounding woods. One day she meets a girl her same age building a treehouse. While the plot may seem a little underwhelming, you can trust that director Céline Sciamma will bring the same beautiful style and emotional gravitas she always brings to the table. If you want a taste of her style before you book tickets check out her 2019 masterpiece, Portrait of a Lady on Fire, you will not be disappointed.

Towards the end of the Cultural Revolution, when movies were one of the few cultural experiences available to China’s masses, the film’s nameless hero is sent to a remote labour camp for taking part in a fight. He escapes, but instead of returning to crime, his one aim is to see a screening of a newsreel where his daughter has been captured briefly on screen, immortalized as a model student and worker. If any film is guaranteed to be breathtakingly beautiful it’s one directed by Yimou Zhang who is responsible for some of the most gorgeous films ever made, like House of the Flying Daggers, Hero, and Shadow.

TIFF kicks off from September 9 to September 18 and you can check out the details (and snag your tickets) here.

If you can’t make it down to Toronto for the festival, don’t worry because we have fantastic news! The Barrie Film Festival is also just around the corner and is set to begin on September 23, featuring both online and in-person screenings! We’ll have plenty of details in the coming weeks, but you can always head over to the website now and get a sneak peek!