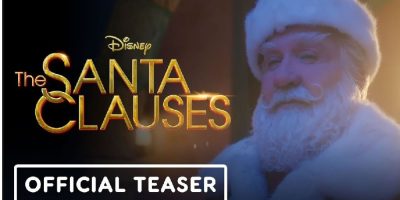 Sorry 90’s kids. Our beloved Santa Claus is retiring, and Peyton Manning wants to take over the job.

The teaser trailer for “The Santa Clauses,” starring Tim Allen, has been released on Disney plus.

A sequel to the trilogy that began in 1994 shows Santa, AKA, Scott Calvin, AKA, Tim Allen, retiring from the world’s most fulfilling job.

The beloved Santa has to find a replacement first. Enter Peyton Manning, who is interviewed for the job. It doesn’t look like Santa is keen on him after a “Ho-Ho-Homaha” comment.

David Krumholtz, who played the beloved “Bernard the elf” will reprise the role.

During the Disney Expo, Allen told fans that some great mysteries would be revealed, like, Santa’s history and why Mrs. Claus doesn’t have a first name.

The two-episode premiere comes out November 16 on Disney+