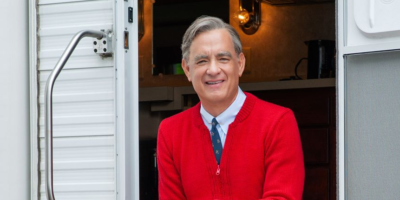 It’s a beautiful day for a new movie trailer, and Sony Pictures just dropped one for “A Beautiful Day in the Neighborhood,” the upcoming film about Fred Rogers. Just as “Mr. Rogers’ Neighborhood” always started with Mr. Rogers singing the classic theme song, so does the trailer. This time, it’s Tom Hanks singing the delightful tune, asking the audience, “Won’t you be my neighbor?”

The trailer begins with Hanks, as Mr. Rogers, on the set of his classic PBS children’s show. Just like the host himself, Hanks — with gray hair and a nicely-pressed suit — changes into a red cardigan and some sneakers.

The movie, however, is not a biopic about Rogers. Instead, it tells the story of a reporter whose life changes after he meets Rogers. Matthew Rhys plays Lloyd Vogel, a journalist for Esquire tasked with profiling Rogers. The film is based on Rogers’ real-life friendship with journalist Tom Junod, which began in in 1998 when Junod wrote an article about the TV personality.

As the trailer unfolds, the audience gets a glimpse of the emotional, uplifting film.

Fred Rogers, who hosted “Mr. Rogers’ Neighborhood” from 1968 to 2001, and died in 2003, was known for his positivity. “We are trying to give the world positive ways of dealing with their feelings,” Hanks, as Rogers, says in the trailer.

Filmmaker Morgan Neville, who directed the 2018 documentary “Won’t You Be My Neighbor?” about Rogers, said: “I think what he was trying to do is teach us how to be human. This new medium was coming, television. He recognized something from the moment he saw it, that many generations of children were going to be raised by this thing, and that somebody had to use that as a tool to help children.”

The new feature film was directed by Morgan Neville. “A Beautiful Day in the Neighborhood” hits theaters this Thanksgiving. 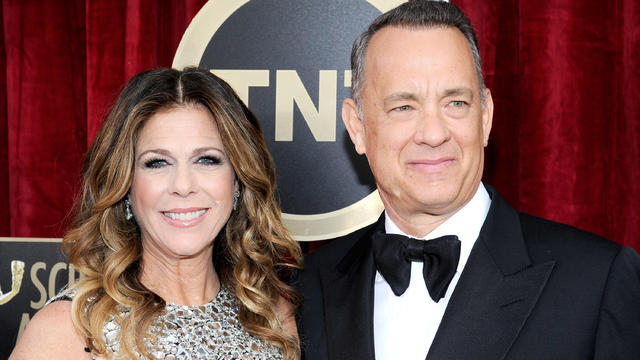