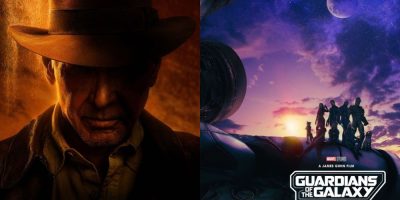 Disney has dropped the trailers for a couple of highly anticipated films.

The first trailer for “Indiana Jones and the Dial of Destiny” shows Indy (Harrison Ford) being called back to a life of adventure after sticking to teaching for far too long.

Some scenes in the film take place in his old glory days, so they de-aged the actor for those takes.

The film also stars Mads Mikkelsen and Antonio Banderas as the villains, and Indy’s goddaughter, played by Phoebe Waller-Bridge.

Disney also dropped the trailer for ‘Guardians of the Galaxy Vol. 3.’

The guardians still have their humour and a lot of heart. It’s hard not to get a bit emotional watching the trailer played to the tune of “In the meantime” by Spacehog.

We get a better looks at the mysterious Adam Warlock, who we got a brief peak at in the final scene of ‘Volume 2.’

The movie also dives deeper into ‘Rocket the Raccoon’s’ origins and the experiments he suffered when he was younger.

Last but not least.. the return of Gomara!

Check out the trailer below.

feature image’s via Indiand Jones & Guardians of the Galaxy instagram