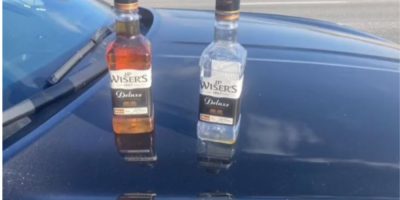 To make the point, provincial police on Wednesday posted to Twitter a picture of two bottles of booze on top of an OPP cruiser after a transport truck driver was busted for impaired driving.

In the post, police said the truck was stopped in the southbound lanes near Highway 88.

The rig was hauled away by a heavy equipment tow truck.