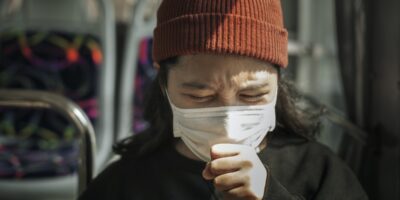 The federal government is in talks with the provinces to give every Canadian worker 10 guaranteed sick days.

“That’s why the government will continue discussions with the provinces, without delay, on ensuring that as we enter the recovery phase of the pandemic, every worker in Canada who needs it has access to ten days of paid sick leave a year. And we’ll also consider other mechanisms for the longer term to support workers with sick leave.”

That is what the NDP wanted for its support of a new motion about the future of Parliament this summer during the pandemic.

Horgan pointed out that it could be important in the Fall when flu season begins and people are forced to go back to work even though they feel ill.

As quick as the Trudeau announcement came, the NDP put out a media release titled; “Singh Secures Paid Sick Leave for All Workers in Canada.”

“Every worker should have access to paid sick leave. Workers need to know they have the ability to choose to stay home with pay if they are sick,” said Singh. “No one should be forced to make the impossible choice between going to work sick or not being able to pay their bills. Workers want to go back to work – we need to make sure they can go back to work safely.”

During his daily media briefing, the Prime Minister was asked about political parties, including his own, using the wage subsidy (CEWS).

Trudeau spoke about the importance of the program, but didn’t provide an answer about the Liberals, or any other parties, specifically using the subsidy.

Trudeau was then asked again in French about his party using the wage subsidy. The Prime Minister provided another vague answer.

Trudeau was then asked for a third and fourth time about parties using the wage subsidy. He again did not reference political parties or his own Liberal party, instead saying he believes it was the right decision to support Canadians, regardless of who they work for.

A portal to apply for the highly scrutinized commercial rent relief program opened in stages on Monday. Landlords with up to 10 eligible tenants in B.C. Alberta and Quebec or Atlantic Canada can apply today, while landlords in Ontario and everywhere else can apply tomorrow. Landlords with over 10 tenants can apply later in the week.

The jointly funded Canada emergency commercial rent assistance (CECRA) would bring down the cost of rent by 75 per cent for small businesses through April, May and June. However, the program is contingent on commercial landlords opting in. The CECRA offers unsecured, forgivable loans for eligible commercial property owners.

Both Prime Minister Justin Trudeau and Ontario Premier Doug Ford have implored landlords to opt-in. “If you are a landlord and you and your tenant are eligible, please apply,” said Trudeau.

“Don’t force my hand, I’m trying to compromise here. We are giving you 75 per cent of what you’re asking for,” said Ford.

Despite numerous calls, the province has not put a moratorium on commercial rent evictions during the pandemic.

Five businesses groups are calling on the Ontario government to impose a commercial eviction moratorium during the COVID-19 pandemic.