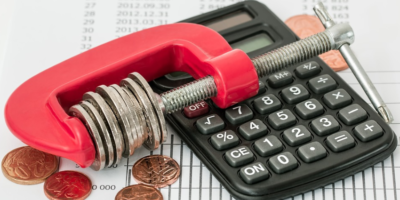 Mayor Jeff Lehman says COVID has made it a particularly onerous chore this year, “I’m reminded, you know, there was a chief economist from one of the banks … during the financial crisis 10 years ago, who said, trying to do a budget right now is like trying to value your house while the kitchen’s on fire. There’s a little bit of that.”

Not knowing how much revenue will be lost with fewer people riding the buses and with rec centres closed is a problem. Council also has to hedge its bets on whether Georgian College will be back up to speed in 2021-2022.

“We’re trying to build in some capacity from the point of view of setting priorities we do not want to let go of. We’re not going to stop running the city, we don’t even want to stop moving the city forward because COVID has also highlighted how important some of our priorities are.”

Among those priorities are affordable housing, small business and business supports, and long-term care.

Council tonight will consider a seven-page memo from Lehman that lays out his proposals to bring down the tax rate, and also advance some capital projects. “Because of the interest rate environment, the city can borrow money at just over 1% interest. That, to me, allows us an opportunity right now to advance projects that we were going to do anyway – we were going to issue debt for anyway – and save the money by getting the lower interest rates now. It also means we get the work done soon.”

The initial budget proposal from city staff called for a 3.59% tax increase this year. “I want to bring the tax increase down a long way from where it is, lower than we would normally go,” said Lehman. “And I want to see us take advantage of this environment to still move the city forward.”