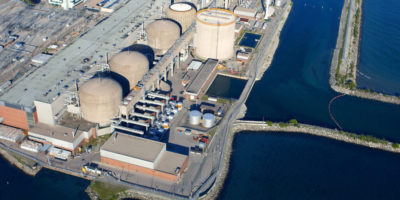 The provincial government has apologized for the emergency alert that lit up everyone’s cellphone Sunday morning around 7:30 talking of an incident at the Pickering Nuclear plant, but no need to take emergency precautions.

Solicitor General Sylvia Jones said the alert was issued in error during a routine training exercise being conducted by the Provincial Emergency Operations Centre.

The alert system is tested twice daily to ensure it is ready in the event of an emergency. Jones said someone apparently pushed the alert on a “live pathway” instead of a “test pathway” during the test.

How that came to be is under investigation.

Confirmation from Ontario Power Generation that an alert about an incident at the Pickering nuclear generating station was sent in error.

Important update: the alert regarding #Pickering Nuclear was sent in error. There is no danger to the public or environment.

The mass alert went out on mobile phones around 7:30 Sunday morning.

“There is no danger to the public or environment,” OPG said in the tweet.

The alert applied to residents who live within 10 kilometres of the generation station.

According to the alert, an incident was reported at the station but indicated there was no abormal release of radioactivity from the facility and emergency staff were responding to the situation.

The alert went on to say that people who live near the station do not need to take any protective actions at this time.