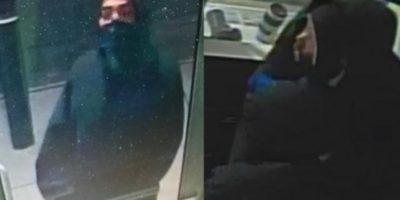 Turns out, a camera store had video surveillance running, when two people made off with thousands in equipment.

The Barrie Police have released the photos taken around 3:00 on the morning of November 10th, showing the two suspects wanted in connection to this theft. It’s said the glass front door was broken in, while about $25,000 in items were taken.

The first suspect is described as:

The second suspect is described as:

Investigating officers are asking anyone who may have information to please contact Constable J. Moore of the Barrie Police Service at 705-725-7025 ext. 2687 or jmoore@barriepolice.ca.  Any information can be provided anonymously to Crime Stoppers at 1-800-222-TIPS (8477) or leave an anonymous tip online at www.p3tips.com.