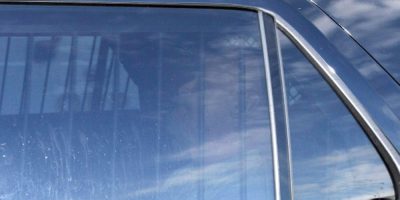 By Noushin Ziafati, The Canadian Press

Properly assessing and managing the risks that perpetrators of domestic and intimate partner violence present, as well as adequately funding programs meant to stop their behaviour, are crucial to preventing tragedies, a coroner’s inquest heard Friday.

Those recommendations were among a list shared by an expert in family violence prevention and intervention, who stressed that they are by no means novel concepts.

Basil Borutski, who had a known history of violence against women, killed Carol Culleton, Nathalie Warmerdam and Anastasia Kuzyk on their properties in the Renfrew County area on Sept. 22, 2015.

The inquest into their deaths is considering several ways to prevent future deaths and protect victims of intimate partner violence, particularly in rural communities.

Scott, a psychologist, professor and academic director of the Centre for Research and Education on Violence Against Women and Children at Western University, said there needs to be more funding for programs like the Partner Assault Response (PAR) program to run them effectively.

PAR is a court-ordered program designed to help participants — who are often charged with intimate partner violence offences — stop their violent, abusive and controlling behaviours towards their partners. The 12-session program is typically offered in groups.

As it stands, Scott said there is only one PAR program available in Renfrew County and it does not receive enough funding from the provincial government to have the manpower available to respond to calls around the clock or to effectively follow up with participants and write reports.

“I don’t know what we can expect from a program that has that level of funding. We need to adequately fund the work if we’re serious about protecting women and children,” she said.

Scott added that PAR is currently a shorter program than what’s recommended internationally, “which is 20 to 22 weeks, even for a short-term program.”

“Twelve weeks isn’t even close to enough,” she said.

However, she emphasized that there is no one-size-fits-all program for perpetrators of domestic and intimate partner violence, which is why there should be funding for other programs as well.

“It drives me crazy to see a guy coming into PAR for the third time. If you’ve already been through it twice and it hasn’t worked, why are we sending you for a third time? Why isn’t there something different? It’s infuriating,” she said.

“And I’m mad about it, because we have tried to change it. For years, we have been advocating … A coalition of people have come to the Ministry of the Attorney General over and over and over again, with options, with ideas, with alternate models, with alternate plans, and said, ‘Let’s work at something better.’ And in the time I’ve been doing the work, the only thing that’s happened is the program has been shortened, from 16 weeks to 12.”

The inquest previously heard that Borutski was ordered to attend and actively participate in the PAR program, but he did not attend a single session.

Risk assessment and management of perpetrators are equally important, Scott said, noting that adequate funding is required for this kind of work as well.

“We need to include, as part of the services for men who have perpetrated abuse, risk assessment and risk management,” she said.

“That has to be part of the picture.”

Scott said police are supposed to share the initial risk assessment they do of a perpetrator with the PAR program, but “that doesn’t happen across most of Ontario.”

Scott said “decent” risk management includes listening to what the victim or survivor has to say “because she knows what the risk level might be right now” and has “a sense of when that risk level is escalating.”

Sharing the level of risk that a perpetrator presents with the perpetrator is also beneficial.

“The guys that we work with, even the high-risk guys, are not waking up in the morning looking to assault their partner, right? That’s not the story,” Scott said.

“They’re not saying, ‘I’m going to wake up and make sure that I control and abuse her.’ And when you lay that out to him and say, ‘You know, this is what your risk level looks like,’ they’re like, ‘Oh, huh.’ And then we can actually start to have conversations.”

Scott thanked those involved in the inquest process and left them with some messages of hope — she told them that some people who engage in abusive behaviour can change and that tragedies like the one that occurred on Sept. 22, 2015 are preventable.

“I really feel and know, in fact, from the literature that deaths like those of Carol, Anastasia and Nathalie, they didn’t have to happen. And I really think the work you’re doing to think about what we need to prevent these in the future is so important,” she said.

Feature image – Basil Borutski arrives in a police vehicle for an appearance at the courthouse in Pembroke, Ont., on September 23, 2015. THE CANADIAN PRESS/Justin Tang.