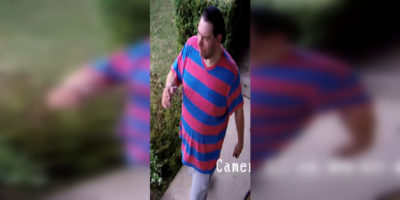 Here’s a new one: Barrie Police are looking for someone who seemed to have ditched a bunch of stolen packages on someone else’s lawn.

The mystery began a week ago; police say someone threw unopened parcels onto the lawn of a Lampman Lane home, around 7:00 last Monday evening. Surveillance video reportedly shows a man, then woman exit a vehicle, with the fully addressed parcels left to be picked up by someone else.

Police say the man came back the day after, in what investigators think was an attempt to retrieve the packages. The recovered property had already been returned to the courier for delivery.

Anyone with information should get in touch with Constable J. Stamp of the Barrie Police Service at 705-725-7025 ext. 2578 or  jstamp@barriepolice.ca. Information can also be provided anonymously to Crime Stoppers at 1-800-222-TIPS or leave an anonymous tip online at www.p3tips.com.