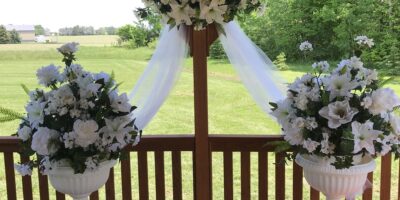 This likely wasn’t on the bridal registry.

A Bradford man is facing weapons charges after police say a group of people at a wedding were threatened by a man with a knife. Police were sent to the Simcoe Road and Walker Avenue area of Bradford following the call around 3 p.m. Saturday afternoon.

A 65-year-old man was located at a nearby home and taken into custody. He was charged with possession of a dangerous weapon and given a future court date. No one was hurt in the incident.