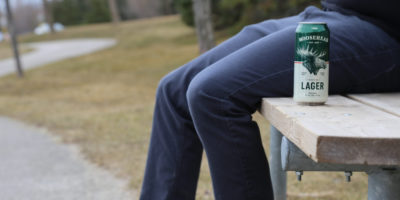 What caught the immediate attention of the internet during the Ontario provincial budget announcement Thursday was the number of mentions and references to alcohol instead of more pressing topics, like say education. As CBC’s Ontario Provincial Affairs Reporter Mike Crawley pointed out, “the word “alcohol” or “beer” appears 46 times in the Doug Ford government’s first budget. The words “teacher” or “teachers” appears 25 times.”

Roll up those sleeves and pull up a bar stool as Ontario could become Canada’s new party province. The words alcohol and beer came out nearly 50 times during the budget announcement. It’s good news for those currently out discreetly drinking tall boys at the park. You can now leave that koozie at home. But not every green space would become your new neighbourhood local. In the legislation, the province would allow municipalities to designate parks for the consumption of alcohol.

The Tories again talked about expanding beer and wine sales to neighbourhood corner stores. There was of course the tailgating news that broke earlier in the week. And it didn’t stop there. You will soon be able to crack them open earlier in the day with alcohol sales beginning at 9am at licensed restaurants and eateries.

Finance boss Vic Fedeli presented the budget at Queen’s Park, highlighting some spending on a few programs and services, with cuts to other areas.

Fedeli says the PC government inherited a significant deficit, at $14 billion by the Ford government’s estimation, claiming cuts in this budget have lowered it to a projected $11.7 billion. The overall budget has a bottom line of $163.4 billion.

Not one mention of overdose and overdose deaths in the Ontario budget. Beer/alcohol mentioned 40+ times. Public health units being drastically cut but saw that coming when province refused to fund the sites run by Toronto and Ottawa. Wasn’t expecting them to actually slash units

#ONBudget #DougFord so booze and gambling are more important than health care and education! You have screwed this province big time!

WOW!!! So clearly Doug Ford knows what’s important, right? Wrong! He plans to allow ppl to drink alcohol in public parks – which is sure to cause safety issues! He wants to allow alcohol to be served starting @ 9am! He wants to make sport gambling… #DougFord @AndreaHorwath #NDP

It’s troubling that almost no one in the media is talking about how exactly #DougFord’s PCs are going cut ~$1 billion from the Ministry of Children, Community and Social Services.

Yes Minister @MacLeodLisa be excited for hurting your province, the future, young minds, old minds, hearts. I have tried explaining how these plans are hurting us to @fordnation and your Ministers by e/mail, phone/txt, and screaming at QP. WHAT ELSE CAN I DO? #onpoli #ONBudget pic.twitter.com/J7PYDyuCnd

Ford’s war on the poor and most vulnerable is being carried out in this budget. Slashing legal aid funding means the justice system works only for the rich and others who can pay for legal access. This is cruel.
https://t.co/oNwl5GmrSI

Sadly, poverty was not mentioned in the budget and a housing policy is still listed as on its way. https://t.co/lMLn6un60m

Who voted for #dougford?? There was an overwhelming majority that voted for him, and now you are all protesting and complaining.. far from being smug but you made your beds and now you must lay in it.. I and others now live with your angry vote with no rational thought.. #thanks

What the Opposition Parties Said

We were braced for deep cuts, but no one was prepared for the level of irresponsibility and outright cruelty in Ford’s budget.

Instead of investments in health care, education and more opportunities for children — Ford is focused on booze and sticking a partisan ad on your car. https://t.co/D6JAwuOXO9

The government is misleading the province by saying that increasing class sizes for grades 4-8 will have minimal impact. #FordCutsHurt #CutsHurtsKids #ONBudget #onpoli pic.twitter.com/rX0Btthlp5

Budgets are a good indicator of what you value.

And today we learned this government values drinking, gambling and tailgating more than the climate, mental health and housing crises we face in Ontario. https://t.co/TiPL13GDnk #onpoli #budgetday #ONbudget2019 pic.twitter.com/6Uv0XLiXrt