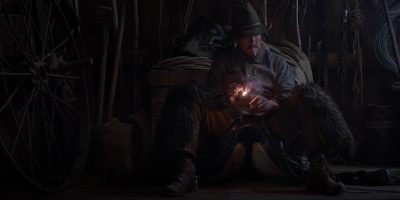 Wait, the Golden Globes were on last night? After accusations of a lack of diversity, being boycotted by celebrities, and other controversies surrounding the awards show, the Hollywood Foreign Press Association decided to turn the Globes into a private event this year. There was little fanfare in the run-up to the event, and you couldn’t even watch it on TV or stream it online.

However, even with the low-key nature of the event, it’s still worth looking at who walked away with some of the bigger awards, if for no other reason than to add more fantastic movies and shows to your watch list.

The big winner from the night was The Power of the Dog, a western starring Benedict Cumberbatch, which took home the awards for Best Motion Picture (Drama), Best Director (Jane Campion), and Best Actor in a Supporting Role (Kodi Smit-McPhee). There has been a lot of buzz surrounding the quality of this movie so don’t be surprised if you see it clean up at the Oscars as well.

If you’re looking for a TV show to jump into, Succession took home the award for Best TV Series (Drama) for its third season. The show centres on the Roy family, whose world is thrown into disarray when their father steps down as CEO of the biggest media and entertainment company in the world. HBO always seems to have the must-watch shows and succession is one of the best currently on television. With its win last night, it’s the perfect time to catch up for next season.

A few other notable winners from last night:

You can find a full list of winners from the Golden Globes 2022 over on their website. Now, if you’ll excuse us, we have a few more TV shows and movies to watch.