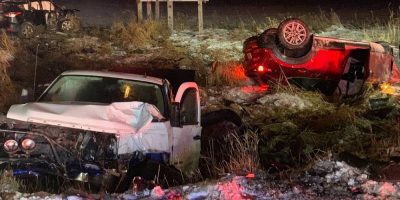 Police are appealing for witnesses following a three-vehicle collision in Innisfil.

Three people were taken to hospital following a crash at the 4th line and 10th Sideroad around 6 a.m. Thursday. Two suffered only minor injuries, while the third is having their serious but non-life threatening injuries treated at hospital.

Anyone who witnessed the crash or has video footage of it is asked to contact the South Simcoe Police Service at (705)436-2141.