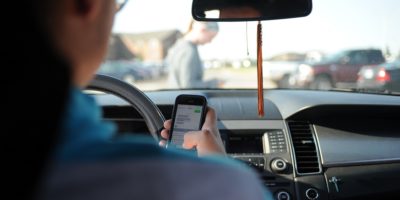 There’s never a good time to text and drive, but here’s the worst time: South Simcoe Police say a woman was spotted texting behind the wheel, while beside a police cruiser. Worst part, they were both outside a school in Bradford.

The officer reached across and knocked on the window to get her attention. Turns out, there was a kid in the car too, waiting to be dropped off at school. The 36-year-old woman is now facing a $615 charge and a three day licence suspension, if found guilty in traffic court.