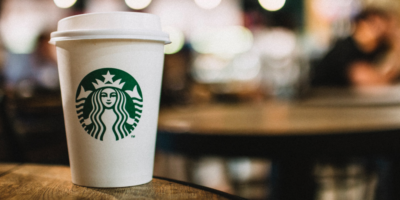 When Starbucks employee Lenin Gutierrez stood up to a customer who refused to wear a mask, he gained a flood of support from sympathetic strangers. One of those strangers started a GoFundMe for Gutierrez that has amassed over $100,000 in virtual tips for the barista.

Now, Amber Lynn Gilles, the customer who refused to wear a mask and posted on social media about Gutierrez, says she wants half of the money Guitierrez earned when the story went viral.

Gilles, a self-described activist and yoga instructor in San Diego, posted a photo of Gutierrez on Facebook earlier this month saying he “refused to serve me cause I’m not wearing a mask. Next time I will wait for cops and bring a medical exemption.”

The post, which has since been deleted, was met with backlash and she was labeled a “Karen,” a name used to describe white women acting entitled in public. Now, Gilles believes Gutierrez is being rewarded for the incident and she says wants half the money.

“It was discrimination and everybody is okay with it and enabling and rewarding that behaviour,” Gilles said in an interview with local ABC affiliate KGTV on Tuesday.

Gilles told the station she is going to sue for half of Gutierrez’s GoFundMe money. She also said she has spoken to lawyers, but they’re all expensive so she started a GoFundMe in an effort to raise money, according to KGTV.

Gilles said the symptoms that prevent her from wearing a mask include shortness of breath, dizziness and “it messes with the heartbeat.”

“And I do have asthma as well … and I do get mask-acne,” she added. “So there’s several things going on and not only that but it doesn’t even work.”

Gilles had refused to wear a mask despite Starbucks’ and the county’s public health mandate to wear one.

The Centres for Disease Control recommends people cover their faces in public when social distancing is difficult to help slow the spread of COVID-19.

Gilles did not immediately respond to a CBS News request for an interview.