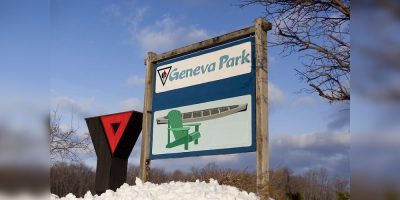 In a statement, FoGP says it believes the sale of Geneva Park, located just north of Orillia on Lake Couchiching, to a private developer for profit purchases is completely incongruent with the pre-existing and historical intention of the park and its stakeholders of the past 100 years.

“Selling the property by way of a private sale as the YSM is doing, has failed to consider its promises and representations made to the Geneva Park family program community over the years,” says Doug Simpson, FoGP Board Member said in a media release. “In our view, the YMCA of Simcoe/Muskoka has violated the trust upon which it holds Geneva Park.”

The group added that the YSM relied on the Geneva Park community for substantial contributions to its fundraising campaigns.

FoGP says it has tried to propose alternative solutions, including providing three Expressions of Interest to meet the YSM’s objectives, adding concerned stakeholders have shared hundreds of letters and the community concerns have not been addressed by the YSM. Most concerning, says the FoGP, is the cloak of secrecy around the pending sale of Geneva Park.

“After promising transparency and integrity for the past year, and recently announcing that there was a sale contract that would ‘preserve the Legacy of Geneva Park’, YMCA Simcoe/Muskoka has kept us in the dark about the future of the family camp program,” says former Geneva Park advisory committee member, Steve Cook.

In the statement, it says philanthropist William Thomson transferred title of Geneva Park to the YMCA in 1919 for use in training and outdoor recreation, the statement explains. The property’s acquisition and initial infrastructure was financed by charitable gifts from eight principal donors. The cottages along the cottage line portion of the property were built by the family camping community in the 1920s in return for rights of occupancy. Over time, a strong tradition was built in which the many families who visited Geneva Park donated money to the YMCA for the building and upkeep of the infrastructure, all to support the family camp and leadership programs.

“Today’s legal action is the last resort for the FoGP, following 15 months of attempted collaboration between the Geneva Park community and the YMCA of Simcoe/Muskoka. The action was taken with much regret, and only after repeated calls for transparency and inclusion were denied,” says the group.

Published to its webpage on April 4, 2022, the YMCA of Simcoe/Muskoka announced Geneva Park was purchased by Clayton Smith of the Commercial Realty Group, and said the new owner intends to preserve the unique character of the land and the incredible on-site amenities.

“Clayton has a genuine passion and a demonstrated history of breathing new life into iconic historical buildings in Toronto and destinations throughout the region, such as the nearby Orillia Rama Regional Airport (ORRA), Spirit Bay Harbor in Muskoka, Georgian Bay Airways in Parry Sound, and even the successful restoration of fish species to Shrigley Creek, Manitoulin Island. He is actively conducting due diligence on necessary site remediation and capital improvements,” said the YSM.

“There is great passion for Geneva Park shared by all park stakeholders and we know that uncertainty around the property’s long-term future has been challenging for everyone who loves the park, including our own YMCA staff.”

On its website, the YSM said the agreement was reached with a buyer “committed to the restoration and rejuvenation of the park, and preserving the legacy of the property for years to come.”

“The buyer is now taking the time to assess the property and clearly understand what work needs to be done to ensure many safe and fun summers at Geneva Park for years to come. Once the buyer has had time to complete their assessment, you can expect to hear news about a renewed Geneva Park. The YMCA will be moving into the role of transition support and collaborating with the community to celebrate the Y’s legacy at the park to this point in time.”

On Thursday, the YSM issued a statement:

“We continue to be focused on and optimistic about the future and the many possibilities it holds for our association and all who love Geneva Park.

We are disappointed in this development, given the comprehensive process that was designed in collaboration with community stakeholders. We are confident that the process, supported by Colliers Not-for-Profit and Unique Properties Group, yielded the best possible outcome that balanced our need to ensure the financial sustainability of our charity with the best community use and the continued legacy of the Park.

Unfortunately, the application has the potential to delay the opportunity for all of those who love and respect Geneva Park to initiate the future of this incredibly important place.

We respect and will continue to move forward, in the same manner, we do in all of our work – with our regional community, and our YMCA values of caring, honesty, inclusiveness, respect and responsibility, at the fore.”