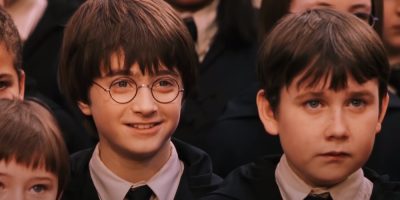 The director of the first two films says that a 3-hour version of Harry Potter and The Sorcerer’s Stone exists, and he would love to see it released.

One of the most important movie franchises ever, Harry Potter took the world by storm (for the second time) when the first film was released in 2001. The franchise would go on to produce 7 additional movies and spawn a spin-off series. It would also go on to become the third highest-grossing movie franchise of all time (behind Star Wars and the Marvel Cinematic Universe).

While the original theatrical release is still pretty long, clocking in at 152 minutes, the extended cut apparently ups that total to 172 minutes. There isn’t much information on what exactly this new content would be, but director Chris Columbus has mentioned a character from the book, Peeves, who was cut entirely from the movie, is part of that unused footage.

So why the shorter version? Well, back in 2001 before long movies became more or less the norm, that was just too long for audiences to sit in the theatre. At a test screening in Chicago, Columbus said “The audience just ate up the film. The film was two hours and fifty minutes long at that point and the kids thought it was too short, and the parents thought it was too long.”

Nowadays, 3-hour movies are definitely not out of the ordinary (Endgame clocks in at over 3 hours) and director’s cuts are becoming more common as well. Zack Snyder’s recent Justice League directors cut pushed the runtime to over 4-hours, but many consider this version to be far better than the original.

Honestly, we can’t think of one Harry Potter fan who wouldn’t jump at the chance to see more footage.