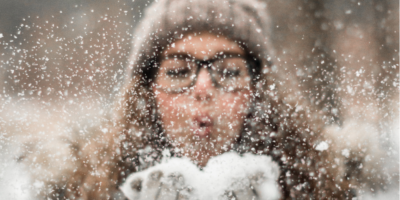 You’ve only got one weekend left to check out the best foodie festival in Simcoe County. Barrielicious has over 50 restaurants featuring prix fixe menus ranging from $15 to $30. Take your taste buds on a culinary journey and enjoy some of the best food the area has to offer.

On until February 2nd

Whether you want to spend a day on the slopes or just check out the festivities, M.A.S.H Bash at Snow Valley is one winter party you don’t want to miss. There will be Zorbing, mini-tubing, a BBQ, and so much more. Not to mention all-day lift passes are only $25! This event also raises money for the Royal Vitoria Regional Health Centre Neonatal Intensive Care Unit.

Related: M.A.S.H Bash Is Back For Its 20th Year

Voted one of the top 100 festivals & events in Ontario, Winterfest will have food, entertainment, and tons of activities for you to enjoy at venues all across the city like Meridian Place, the Maclaren Arts Centre, and Heritage Park.

While you’re out enjoying Barrielicious, why not take in some jazz & blues music too? The February Blues Festival will see some of the areas best artists playing venues like Redline Brewhouse, The Speakcheasy, Casa Cappuccino, and more.

Related: The February Blues Festival Kicks Off This Weekend At Venues Across Simcoe County

As you most likely already know it’s Superbowl Sunday this weekend and everyone will be scarfing down wings and watching the 49ers play the Chiefs at home or their favorite bar. If you’re looking for something a little different B.B. Fridays is also holding a “Best Chili In Barrie” Contest on Sunday so if you think you (or your chili) have what it takes, email live@bbfridays.ca.

Talk Is Free Theatre is hosting a double-bill at the Five Points Theatre and this is the last weekend to check it out. Herringbone and The Yalta Game are two beautiful plays about loneliness and destiny staring Mike Nadajewski. Both of these one-act plays are performances you won’t want to miss!

On Until February 1st

The Barrie Colts are back in action this Saturday hosting the visiting Kingston Frontenacs. In their last six meetings, The Colts have managed to win five of those games and are currently on a three-game win streak so get out there and cheer them onto their fourth!