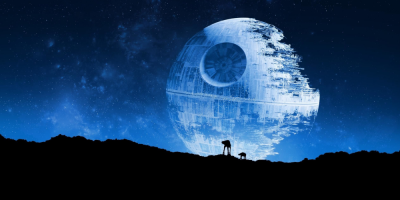 With the recent announcement of a whopping nine upcoming projects, it’s a great time to be a Star Wars fan. The new projects include live-action series, animated series, and brand-new films, exploring everything from droids to Jedi, with familiar characters and brand-new faces.

One of the upcoming projects is an untitled film from acclaimed director Taika Waititi who has already worked with Disney, having directed Thor: Ragnarok, which is considered by many to be not only the best Thor film but one of the best movies in the Marvel cinematic universe.

Another big announcement concerns a pleasantly surprising casting confirmation for the Obi-Wan Kenobi series. While it has been known for a while that Ewan McGregor would be reprising his role, it is now confirmed that Hayden Christensen will be returning as possibly the most iconic villain in film history, Darth Vader. “It was such an incredible journey playing Anakin Skywalker,” said Christensen. “I’m excited to work with Ewan again. It feels good to be back.”

Speaking of familiar faces, there are a few more projects that will either see actors reprising their roles or new actors as old characters. Rosario Dawson will be returning to her Mandalorian role for the limited-series Ahsoka, Diego Luna will return to his Rogue One role in Andor, and for fans of The Clone Wars animated series, The Bad Batch will give you more adventures with the beloved squad of troopers.

One of the more unexpected (but extremely cool) projects is called Star Wars: Visions, which will be an animated anthology collection seen through the lens of the world’s best anime studios. Ten episodes will be created by several of Japan’s leading studios and will offer a fresh, culturally diverse dive into the Star Wars universe.

For more information about all the upcoming Star Wars projects, head over to the Star Wars website.