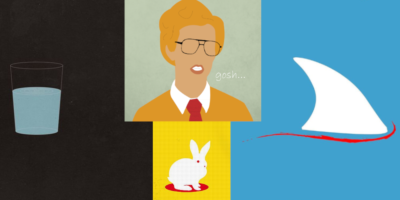 Classic movies at home are fantastic, but do you know what’s better? Experiencing classic movies on the big screen! Whether it’s one of your favorites or want to see it for the first time, there’s no better way than with a massive screen, booming sound, and buttery theatre popcorn.

Cineplex is offering up a series of classic movies to check out in theatres again and tickets are only $7! Check out what’s playing:

The universal tale of man vs massive man-eating shark! Okay, maybe we all can’t relate to the situation but Steven Spielberg clearly hit a home run with this one and now you can hear the classic Jaws theme in all its original theatre filling glory! This one is playing from July 26th to August 8th.

A post shared by PopCultureChasers (@popculturechasers) on Aug 4, 2019 at 6:23am PDT

Let’s build a theme park but instead of rides, there’s a wide assortment of creatures that will kill you! What could go wrong? Another Spielberg classic that is sure to give you big-screen goosebumps when the T-Rex lets out its iconic roar! This one is playing from August 9th to August 22nd.

Nunchuck Skills, bowhunting skills, computer hacking skills. Girls only want boyfriends who have great skills and Napoleon fills the screen with his. A good comedy becomes even better when you’re laughing along with a theatre full of people and Napoleon Dynomite is as funny as they come! This one is playing from August 23rd to September 5th.

Monty Python And The Holy Grail

Grab your squire and your coconuts and clip-clop down to the theatre for one of the funniest comedies of all time! King Arthur, Sir Lancelot, Sir Galahad, the gangs all here! King Arthur is on a quest for the holy grail because some watery tart threw a sword at him and now you can see it on the big screen! This one is playing from September 6th to September 19th.

Ending the series with a bang will be 2001: A Space Odyssey! This groundbreaking film is an absolute splendor to see on the big screen with its breathtaking (and bleak) depiction of space and the man-made machines that float through it. Open the pod bay doors and take it the spectacle that is 2001: A Space Odyssey on the big screen. This one starts playing on September 20th.