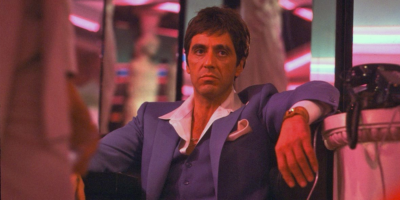 It has been over 30 years since Cuban refugee turned Miami druglord Tony Montana filled the big screen with this over the top, macho attitude (after all, all he had in this world was his word and his balls). A modern reboot of the classic is coming soon and before you groan, you might want to hear who is directing and writing it.

First up, sitting in the big chair will be Call Me By Your Name director Luca Guadagnino who has shown time and time again that he is a master of the craft. However, the big reason to be excited about the new reboot is without a doubt who it was written by: the Coen brothers.

A post shared by Bill Underwood (@chillbillfromandersonville) on May 15, 2020 at 8:23am PDT

Joel and Ethan Coen are two of the best writer/directors in the industry with films like The Big Lebowski, True Grit, and No Country For Old Men under their belts. If anyone else was writing this reboot you might be worried but with the Coen brothers penning it, you shouldn’t be.

The reboot is still very early in pre-production but I for one am excited to once again say hello to Tony Montana’s little friend.