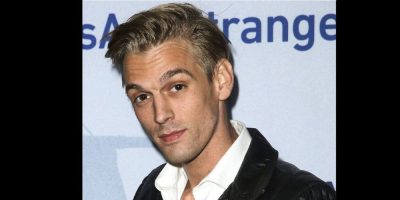 Aaron Carter’s family is opening up about the pop/rap singer’s death.

The 34-year-old was found unresponsive over the weekend in a bathtub.

His brother, ‘Backstreet Boy’ member Nick Carter, wrote on social media that he is heartbroken.

“Even though my brother and I have had a complicated relationship, my love for him has never ever faded. I have always held onto the hope that he would somehow, someday want to walk a healthy path and eventually find the help that he so desperately needed.”

Aaron’s Twin sister Angel shared a series of childhood images of them, writing:

“To my twin… I loved you beyond measure. You will be missed dearly. My funny, sweet Aaron, I have so many memories of you and I, and I promise to cherish them. I know you’re at peace now. I will carry you with me until the day I die and get to see you again”

Over the years, the star struggled with addiction and legal troubles.

In 2019, Nick and Angel filed a restraining order against him.

At the time, Nick issued a statement saying they still loved their brother but had no choice.

“After careful consideration, my sister Angel and I regret that we were required to seek a restraining order against our brother Aaron. We were left with no choice, but to take every measure possible to protect ourselves and our family.”

Aaron was 13 years old when his album “Aaron’s Party (Come Get It)” was a hit.

Later, he acted in several shows, including Lizzy Maguire, 7th Heaven and Sabrina the Teenage Witch.

His ‘Lizzy Maguire’ co-star Hillary Duff had a sweet message for her childhood friend.

All five Carter siblings, Nick, Bobbie Jean, Leslie and Angel, and Aaron appeared in a reality show called “House of Carters” in 2006.

Aarons’s death is not the first tragedy to strike the family. In 2012, Leslie Carter died of a suspected drug overdose; she was 25.