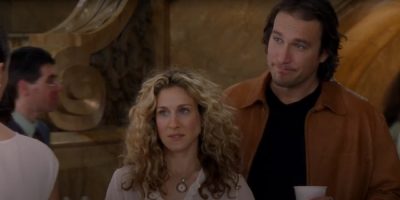 One of Carrie Bradshaw’s most serious love interests is set to come back into her life.

Deadline reports Corbett will have a multiple-episode story arch during the show’s second season, although his return isn’t a huge surprise.

In 2021 Corbett teased he would return for a few episodes in the show’s first season, but it was all a gag, and he never showed, leaving some fans ticked.

Corbett played Carrie Bradshaw’s boyfriend/fiancé during seasons three and four of “Sex and the City.”

The last time we saw Aidan and Carrie in a scene together was in the infamous movie “Sex and the City 2,” where they unexpectedly reunited in Abu Dhabi. At the time, he was married with children, and Carrie was married to Big.

No release date has been announced for the show’s second season.

feature image courtesy of Sex and the City via youtube