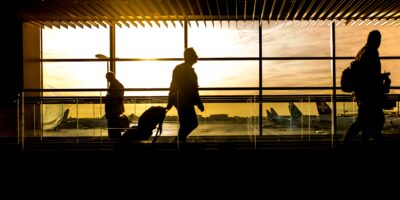 Canada’s largest airline is finalizing its first order of COVID-19 rapid response tests that can detect the virus in about 5 minutes.

Air Canada ordered 25,000 Abbott testing kits they view as a safe alternative to a 14-day quarantine.

The first tests will be used voluntarily by employees, now that the Abbott testing kits have been approved for use in Canada, the airline said Thursday.

“Understanding that we will need to live alongside this virus for the short- to medium-term, we have been pursuing relationships and a layered approach as a way to keep our employees and our customers safe,” wrote Dr. Jim Chung, Air Canada’s Chief Medical Officer.

The airline partnered last month with McMaster Health Labs (MHL) and the Greater Toronto Airports Authority (GTAA) in a study of arriving international travellers at Toronto-Pearson.

The study included nearly 13,000 tests of returning international travellers who volunteered to participate. Of those tested, more than 99% have tested negative for COVID-19.

Unions representing more than 300,000 aviation workers held a news conference Thursday in Toronto, where Unifor president Jerry Dias called on the government for $7 billion to help the hard-hit sector.