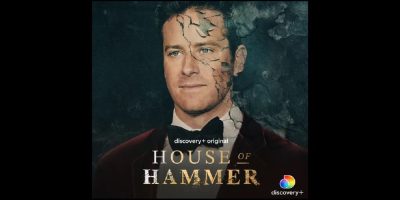 An extremely disturbing trailer for “The House of Hammer” has been released.

The three-part docuseries contains interviews with two of Hammer’s alleged victims and dives deep into his disturbing family history.

Accusations against the actor surfaced last year when he was accused of rape. Since then, other women have come forward about their relationship with him.

In the film, two of his ex’s discuss their experiences with him and allege he was obsessed with cannibalism.

At the centre of the docuseries is Hammer’s estranged Aunt, Casey Hammer, who details a long history of troubling behaviours in the family.

In the trailer, she says,

“When all of this came out about Armie, I was not shocked. You don’t just wake up and become this dark controller, abuser. This behaviour, it’s deep-rooted.”

“Magnify succession a million times, and it was my family. If you believe in making deals with the devil, the Hammers are top of the totem pole.” she explains.

Casey previously spoke out about her family in her 2015 book called “Surviving My Birthright,”

The docuseries will air on Discovery + on September 2.