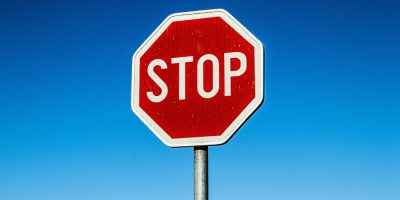 Dangerous and even downright illegal behaviour is apparently par for the course when it comes to one of Tesla’s new self-driving profiles called Assertive mode.

Included in the latest update for Full Self-Driving beta software on Tesla vehicles is the ability to select different modes, each with a variety of characteristics when it comes to following distance, lane changing frequency, and more. The three modes are called Chill, Average, and Assertive. While the first two haven’t drawn any attention, the final Assertive mode is under scrutiny for not only promoting dangerous and aggressive driving habits but for also violating traffic laws.

The first few characteristics of Assertive mode aren’t illegal, but if you’ve ever encountered another driving on the road exhibiting these behaviours, you no doubt got a little road rage. They include a smaller following distance, more frequent lane changes, and will cause the car to not exit passing lanes. We thought self-driving cars were supposed to make the roads better?

However, the real kicker is that this mode is the final line: “may perform rolling stops”. While the word “may” leaves a bit of wiggle room for Tesla, rolling stops in Canada are punishable by a fine of $110 and can even land you a few demerits points.

Tesla just can’t seem to stay out of hot water either, with two recent inquiries into other features deemed to put drivers at risk. One of which is the “Passenger Play” feature, allowing people to play games on the dashboard screen, which doesn’t sound too bad on its own except for the fact that you can now play games while the car is in motion. Having a video game one foot away from the front windscreen seems like an idea destined to cause accidents.

Tesla was recently forced to alter this feature thanks to an order from The National Highway Traffic Safety Administration in the United States. The feature now only works when the vehicle is parked (as it originally had).

So, the next time you have to pass a Tesla on the right, it might not even be the driver you need to yell at.