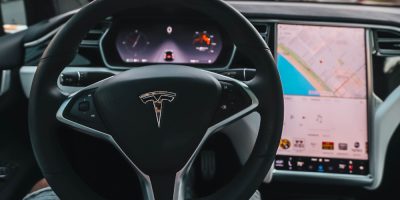 Tesla is currently undergoing an investigation due to their car’s ability for passengers to play video games on the centre console screen.

Around 580,000 Model S, Model X, Model 3, and Model Y EV cars are currently under investigation by the National Highway Traffic Safety Administration. This is apparently because you can now play games on the centre screen while the vehicle is in motion which, according to the NHTSA may “distract the driver and increase the risk of a crash”.

Playing video games on a Tesla screen isn’t anything new, they had previously added various games to its centre touchscreen, but they were only playable while the vehicle was in park. For some unclear reason, this changed in December 2020 and now the games are playable while the car is in motion.

The feature is called “Passenger Play” and includes a warning screen that required a confirmation press before having access to the games which reads “playing while the car is in motion is only for passenger”. This is apparently not quite good enough for the safety concerns raised by the NHTSA.

Related Tech News: Here After: What if you could chat with loved ones from the other side?

This is actually not the only investigation into Tesla the NHTSA is conducting either. Back in August, they launched another probe to determine whether is auto-pilot system had a safety issue, causing at least 11 crashes into stationary emergency vehicles.

Listen, if you’re driving, just drive. Don’t try to beat that Frogger high score while you’re at it.