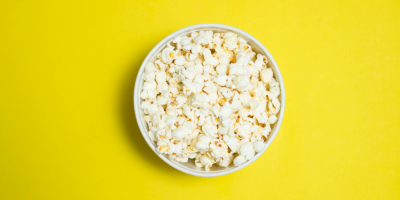 For many cinephiles, the reopening of theatres has been a breath of fresh air after being reserved to watching new releases on the small screen for so long. If that sounds like you, October 22 is an exciting date, and perhaps one you should plan to have a full day at the theatres.

While there were originally slated to be four big releases on that day, Edgar Wright’s Last Night In Soho, his foray into the horror genre, will be releasing a bit earlier to give its some breathing room. However, this still leaves three very exciting movies that will all be released on October 22.

The movie that made Last Night In Soho rethink its October 22 release, Dune might be the biggest non-marvel release of the year and to say it’s highly anticipated is a bit of an understatement. The reboot of a series that has already seen one movie adaptation of a beloved novel, Dune has an absolutely stacked cast of stars including Timothee Chalamet, Josh Brolin, Oscar Isaac, and Javier Bardem, just to name a few. It is also being helmed by visionary director Denis Villeneuve (Blade Runner 2049, Arrival, Sicario) and the soundtrack is scored by the legendary Hans Zimmer (The Dark Knight, Inception, Interstellar).

While this certainly isn’t for everyone, many people grew up watching the Jackass team do just about anything to get a laugh, including firing themselves out of a canon, running (or sitting) with bulls, and going bungee jumping in a porta-potty. With most of the crew now pushing 50, it’s pretty crazy to see them making another movie and it’s sure to be a hilarious romp where you can just turn off your brain for a while and have some fun.

It’s not often you see two movies releasing on the same day starring the same actor, but after delays to both films, Timothee Chalamet is doing just that (and we’re definitely okay with that because he is never short of fantastic). The newest film from Wes Anderson, The French Dispatch brings together a series of interlocking stories with another star-studded cast including Bill Murry, Tilda Swinton, Adrien Brody, Owen Wilson, and more (all the Wes Anderson favourites, really). It’s sure to be as quirky and hilarious as every Wes Anderson film before it.