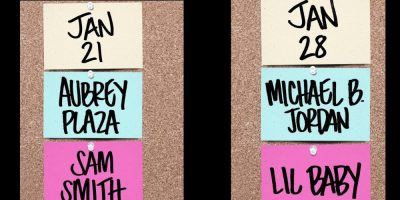 Saturday Night Live has announced its first hosts of the new year.

This is her first time hosting the show, and it’s the 3rd appearance for Smith.