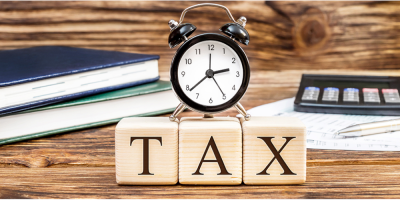 The starting point Barrie councillors have been given to begin their 2022 budget discussions is a tax increase of 3.73 per cent.

In his presentation to council on Monday, city treasurer Craig Millar said it was very important for people and council to realize that the last assessment of properties was in 2016.

“We actually did the calculations in 2015 and applied them in 2016. It’s almost going into 2022, almost seven years,” Millar noted. “The assessed values are much, much lower than of course than what the current market values are.”

Each councillor had a binder on their desk full of numbers to read over ahead of the journey that will eventually see the budget rubber-stamped by city council on December 6. Between then and now, there will be a budget brainstorming session on Nov. 20, presentations by the city’s service partners, such as the Barrie Police Service and the County of Simcoe on Nov 22., budget deliberations on Nov. 29, and then a week later council will consider the budget for approval.

The proposed tax increase presented to council on Monday is not written in stone. There is time to move the pieces around.

“I think we always start off by saying, this is a really difficult year to do a budget,” Millar told council. “This year, I can once again tell you it is going to be a challenging year to do a budget. It’s particularly challenging doing it right now in an environment where you have inflation at 4.5 per cent.”

“We are in many lines of business and we are building a lot here, so this will be a time to roll up your sleeves,” he added. “Probably even more heavy lifting is going to happen over the next month.”

Service partners have also been asked to hold their budget request to a two per cent increase.

Millar told council that the city’s insurance costs have jumped by $800,000 to $4 million next year, and the County of Simcoe’s budget request is $400,000 more than what was originally presented.

The city’s operating budget is projected at $392 million in 2022. Millar said 68 per cent is funded by property taxes, and 12 per cent from city reserves.

Millar said the 2022 capital plan includes $141 million of previously approved funds as well as $201 million of new requests for a grand total of $342 million.

“While it says the 2022 capital plan, it is planned over four years,” he explained. “The capital projects by their nature are multi-year. Some of the probably more strategic ones, the previously approved amount, also includes the Allandale Transit Hub.”

Other projects include storm pond upgrades, the road resurfacing program, expansion to the wastewater treatment plant, the operations centre master plan, and various creek and watercourse improvements and upgrades.

In October, Barrie Police Chief Kimberley Greenwood presented the 2022 draft budget to the police services board which contained a 2.8 per cent increase or a request for $58.9 million in municipal funding. At the time, Greenwood said the served faced increasing difficulty meeting budget targets. The budget keeps sworn members at 245, while civilian positions increase by three to 121.

The estimated assessment growth of $3.6 million next year, according to Millar, will help offset the property tax increase.