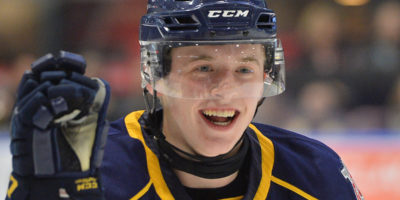 The Barrie Colts are having fun right now and head coach Todd Miller wouldn’t have it any other way.

The young club, which came into Friday night having won three of its last four games, kept the good times rolling with an 8-2 thrashing of the host Niagara IceDogs at the Meridian Centre in St. Catharines.

The Colts put it to a rebuilding IceDogs team in a big way early, jumping out to a commanding 5-0 lead in the opening period. Unlike when they blew a 6-0 first-period lead in an eventual 8-7 win over Hamilton last week, the Colts wouldn’t need no overtime winner to pull out this one out.

Instead, Miller explained, they played hard, played the right away for the full 6o minutes.

“I was worried about that again, obviously,” the head coach said of giving up a big lead. “You score five goals in a period and you go, ‘Here we go again.’ I just said, ‘Stay with it and play the right way, and we’ll get our chances.’ And defend hard. That’s all I could ask from these guys and I can’t say enough about everybody just buying in. They’re playing for each other.

“It’s fun and they’re having fun, which goes a long way for them. Winning is obviously fun. We had some struggles early on with not a lot of guys, and we’re still short some players, but I just find they’re energetic and they’re playing for each other.”

Evan Vierling, with a goal and three assists, and Brandt Clarke, with four helpers, had four points each to lead the way for Barrie (20-21-3-2). Tyson Foerster scored twice and added an assist, while Matthew Hill, Ethan Cardwell, Victor Hadfield and Aidan Brown also chipped in with a goal and assist each.

Jacob Frasca had the other marker for the Colts, who remained just two points behind the Mississauga Steelheads for fifth place in the Eastern Conference.

Cameron Snow and Lucas Theriault replied for Niagara (17-25-4-1), which has dropped four straight.

It was a big night for Clarke and Vierling, two of Barrie’s key young players moving ahead. Clarke was distributing pucks all night and creating chances.

“He’s coming and he’s having fun,” Miller said of the rookie defender. “It’s the one thing I reiterated to him. I pulled him aside a few times and he’d always be gripping his stick to tight and I remember talking to him last week when he scored. I just said, ‘Hey, let’s just have fun. Just play your game and everything will follow after that.’ He’s having fun and he’s got a smile on his face.

“He still has some learning to do in his own end, taking care of it and knowing when to jump in, but he’s just so smart and he gets himself back. There’s no panic in his game and that’s what makes him so special.”

Vierling has quickly found a home on a line between captain Luke Bignell and Foerster. He now has three goals and 10 assists in 11 games since Barrie acquired him from Flint at the trade deadline.

“What a potential he’s got,” Miller said of the Aurora native. “Once he gets even stronger, he’s going to be that much more effective. He sees the ice so well, distributes the puck well and he’s got a real deceiving shot. He played well, he played real hard and I think there’s some chemistry developing between those three.

“Foerster and him are distributing pucks well and Bignell, of course, is on everything. He’s the heart and soul of our team and he just brings that forecheck. Him and (Aidan) Brown are just nonstop on the puck.”

The Colts find themselves short bodies once again.

Already missing defencemen Nathan Allensen (suspension) and Matthew Sredl (shoulder), they had to play without forward Nicholas Porco who is suspended for at least two games after a slew foot in Thursday night’s 3-2 overtime loss to Sudbury.

The league will further review the play and could add to the number of games he misses.

“It was just one of those fluky things that happened.”

Rookie centre Ryan Del Monte, who has been trying to fight through a wrist injury, is not getting any better.

“It’s not good, so he’s going to need a lot more rest,” Miller said. “We’ll get him checked out and get an MRI on it and find out what it really is, because it’s been hampering him a long time.”

The Colts wrap up their three-games-in-three-nights weekend tonight when they host the Kingston Frontenacs at Sadlon Arena.

ICE CHIPS: It was IceDogs’ Pink In the Rink night, with proceeds going to the Canadian Cancer Society. . . Barrie outshot Niagara, 42-29. . . Colts goaltender Jet Greaves made 27 saves to record his ninth win. “Jet played a sound game as well,” Miller said. “They had some chances on him and he shut the door.” . . . Barrie went 2 for 6 on the power play and held Niagara scoreless on three chances with the man advantage. 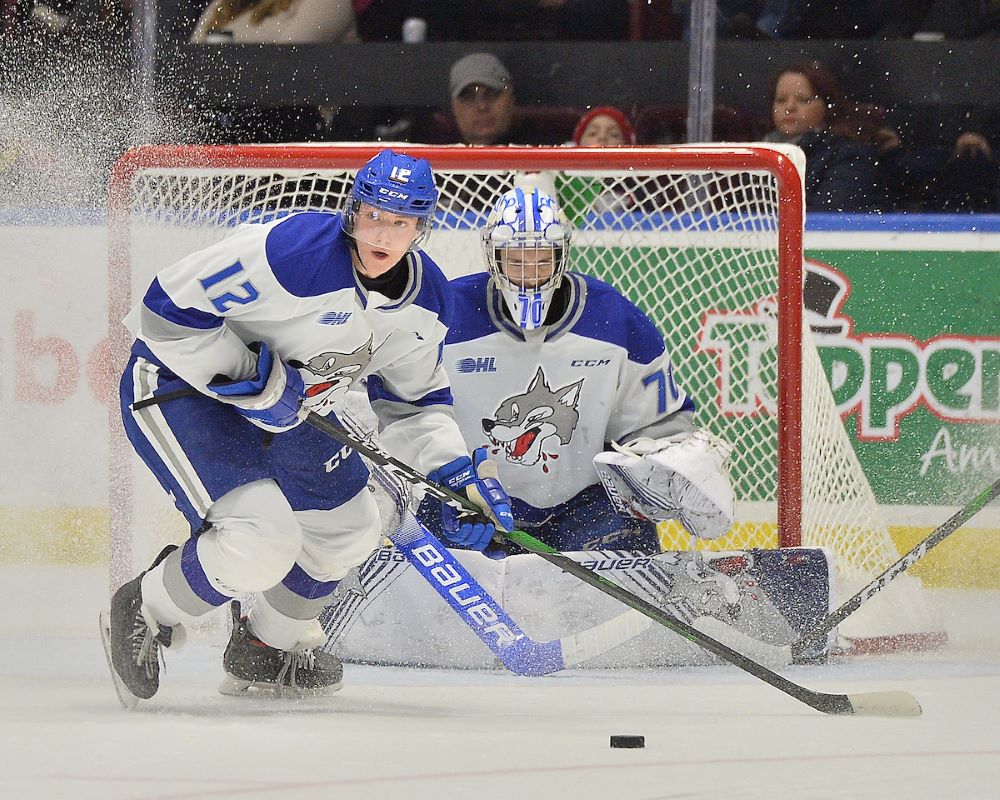