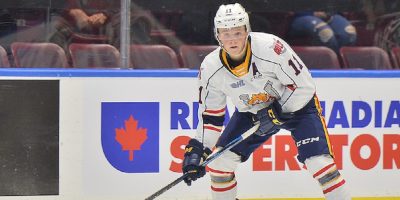 The Barrie Colts will lace up their skates for their first regular-season game since Dec. 18 after the club suspended activities due to COVID-19 protocols.

A game originally postponed on Saturday, Jan. 8 between Barrie and North Bay will take place at Sadlon Arena beginning at 7:30 p.m.

The Ontario Hockey League (OHL) also announced on Wednesday a number of rescheduled games that were postponed because of COVID-19 protocols involving a number of teams.

The league board of governors also met Wednesday and said in a statement that it has reaffirmed its commitment to continue the 2021-22 OHL season.

“The OHL is currently in conversation with government and public health and will have further updates in this area in the very near future,” the statement read.

The following games have been rescheduled:

***- The previously postponed game between North Bay and host Barrie on Saturday, January 8 will now be played.