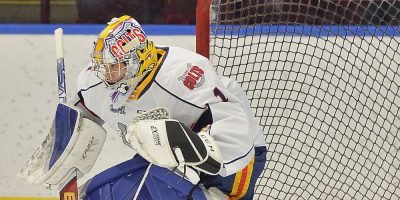 The Barrie Colts had something bigger on their minds heading into Friday night’s contest with the London Knights.

Their thoughts were on head athletic therapist and strength coach Keith Kling, who suffered an apparent seizure before the game at Budweiser Gardens and was taken by ambulance to a nearby London hospital.

The Colts would collect a hard-earned point in a 5-4 overtime loss to the Knights, but after the contest their thoughts were first and foremost on their trainer and friend.

“Obviously you never wish that upon anyone, and it sucks that it happens before the game,” said Barrie defenceman Connor Punnett. “The boys were obviously a little shook up, but all-in-all we had some quick help from the London Knights and they got the paramedics in the building and they treated him really well.”

Colts head coach Marty Williamson, who wasn’t behind the bench for the game, went to the hospital with Kling and says he looks like he’s OK now.

“They’re going to keep him (at the London hospital). His mom and dad got there,” said Williamson, who had assistant coach Phillip Barski running the bench. “They’re going to do a couple of tests on him. I don’t know if he’s going to be back with us (Saturday) or he just needs a little bit of rest.”

Landon Sim, who had a goal called back late in the third period, would play the hero for London (7-6-1-0) on this night.

The St. Louis Blues prospect buried the rebound 2:57 into overtime after teammate Sean McGurn had raced in, cut to the front of the net and was stopped by West.

West protested the goal, saying McGurn had interfered with him.

“It was a bad call. It was goalie interference,” said Williamson. “They were telling us we had a time out, we could have called it. We used our time out, but they could have made the call too.

The Colts (7-4-2-1) appeared like they were going to going to grab a big road win in this one with just over six minutes remaining when Ethan Cardwell slid a backhand in front to Jacob Frasca for a 4-3 lead.

The Knights thought they tied it just over a minute later when Sim beat West, but on the replay you could clearly hear the whistle go just after Callum Chisholm cross-checked a London player behind the net.

The play was reviewed, the goal disallowed and Chisholm given a cross-checking minor.

London got a two-man advantage 1:13 later when the Colts were caught on a bad line change and called for too many men on the ice.

They would capitalize just 10 seconds later when Body Crane scored his second of the game to tie things up.

Being down two men late proved to be too hard for the Colts to escape.

“It really is,” said Williamson. “Five-on-threes are difficult and it’s unfortunate that’s the way it kind of went. It gave them a golden opportunity. Our guys were battling so hard, it was going to take something like that to get one in there.

“That’s just the luck of the draw sometimes.”

Punnett said he and his teammates left it all out there.

“We got out there, we calmed it down a bit. We worked hard,” he said. “Everybody worked hard out there, which I’m proud of most. That five-on-three and them getting a goal, it’s just the game of hockey. Penalties happen.

“It was just a good hockey shot. Obviously, it’s not what we want, but I’m glad we got it to overtime and got a point out of it.”

Barrie had to claw its way back after giving up goals to George Diaco, midway through the first, and Crane early in the second.

Evan Vierling cut the lead in half less than two minutes later for the Colts and then a pair of goals just 10 seconds apart by Beau Jelsma and Ethan Cardwell late in the period gave them a 3-2 lead heading into the third.

Russian import Ruslan Gazizov would tie the game for London at 3-3 just 3:57 into the third period.

Barrie wraps up a busy three-in-three weekend Saturday night when they host the North Bay Battalion at Sadlon Arena.

“Get some rest, get hydrated and prepare for tomorrow,” said Punnett of the contest against their Central Division rivals. “It’s our third game in our third day coming up, so it’s all preparation now.

“This game is over. . . Quick turnaround and hopefully the boys are ready and we come out with some positive news at the end of the game.”

A well-rested Battalion team walks into Barrie leading the Central and having won six straight.

A strong start will be key, said Williamson.

“You got to be able to battle from the beginning. You can’t go in with that (defensive) mindset to start the game,” he said. “Hopefully things go well and you might get a little defensive as the game goes on, but you got to be on your toes and ready to battle them. Obviously, they’re a rested team, so it’s one of these quirky tough games on our schedule where we’re playing a rested team and we’re on a three-in-three.

“We got to get one first if we can, come out hard and play well early, because if you get behind early it’s really difficult to come back when you’re tired.”

ICE CHIPS: It was another strong effort in goal by West. The Barrie native made 31 saves, including a pair of huge stops in the third. “He was outstanding,” said Williamson. . . Barrie was outshot, 36-19. . . The Colts went 0-for-3 on the power play, while the Knights were 1-for-4. . . Cardwell and Vierling also added a pair of assists to each have three-point nights. 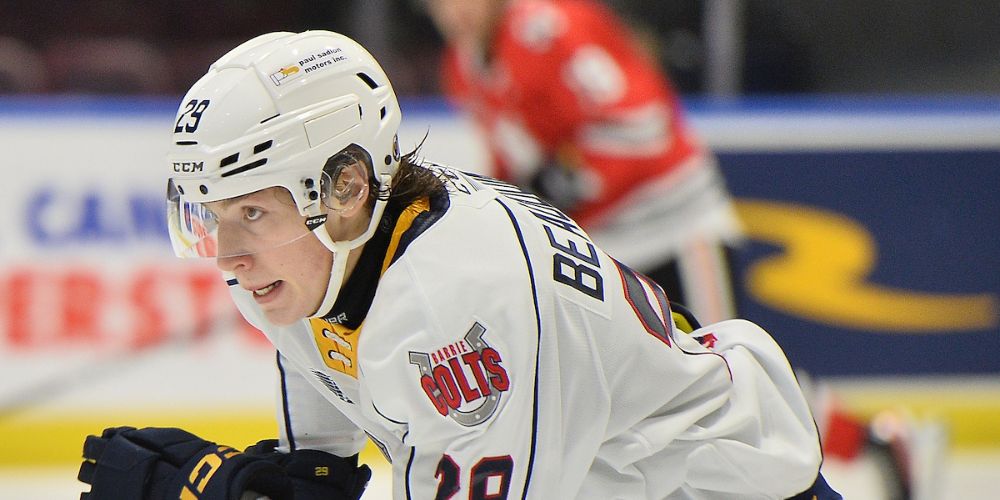