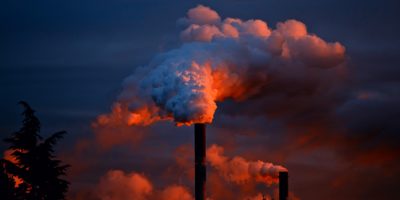 A group of physicians across the region has gathered together to highlight the toll climate change is taking on our health and what the local government can do to help.

A representative of Barrie Doctors on Climate Solutions (DOCS) took to the mic at Barrie City Council during its Monday night meeting to discuss the issue of climate change and physical health. Dr. Bradley Dibble also pointed out some of the things Council is already doing right in combatting the problem while offering a few more suggestions. “Everything we are going to address will help to reduce emissions which is good for the planet globally,” said Dibble, “but it will also help to reduce pollution, which will help people locally. Lastly, it’ll also help people individually, because they will start to be more active, they will start to eat better if we adopt some of these suggestions.”

Dr. Dibble noted council is already taking action, citing an early-October decision to declare a climate emergency, along with the existing climate change adaptation strategy. “A climate emergency was declared, we don’t have to convince this council about the issue,” said Dibble.

In mitigating the effects of climate change, Dr. Dibble praised the city’s use of bike lanes and electric vehicle charging stations but called for more, including an increase in bike lanes, transportation hubs, and the shutting down of Dunlop St. to vehicular traffic every weekend in the summer.

The further use of electric buses, green architecture, and the extensive planting of trees was also promoted during the Monday night presentation.

Dr. Dibble closed out his presentation by paraphrasing John F. Kennedy, saying “it’s not what the City can do for Barrie DOCS, it’s what Barrie DOCS can do for the city.” Council is expected to mull over the presentation and its included suggestions before taking any further steps.