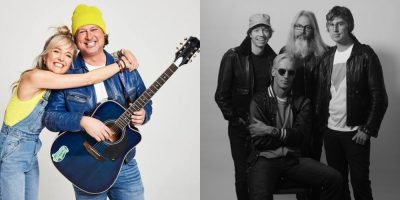 Barrie Mayor Alex Nuttall dropped by the Barrie 360 environment to announce the plan for the New Year’s Eve Downtown Countdown.

“Obviously, there’s the ice rink, and there’s the fireworks, and all that. But, there’s also two incredible performances coming, one for our children, which is Splash’N Boots. My kids love it. So, it’ll be a really enjoyable time for families early in the evening. And, we have Sloan coming to headline, which is a personal throwback to my youth. I was a big fan.

The musical performances will start with the children’s performers, at 7 p.m.

In addition to the musical performances, the Downtown Countdown celebration will include skating, family activities, roaming buskers and two fireworks shows – the first at approximately 8 p.m. and the second at midnight.

Barrie Transit service will be free on New Year’s Eve starting at 5 p.m., and Route 1 and Route 8 will operate until 3 a.m.

Mayor Nuttall expects a lot of buzz for the Countdown this year, the first in two years due to the pandemic, “I think everyone’s really looking forward to it. It’s been a good 2022, and I know there’s going to be a great 2023 ahead of us.”