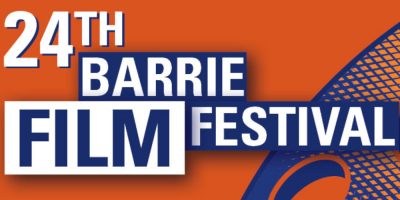 Whether you want to check it out virtually, in the theatre, or at the drive-in, The Barrie Film Festival has you covered with 11 days of amazing content!

Here are all the ways you can attend the Barrie Film Festival this year:

The Barrie Film Festival is teaming up with the Sunset Drive-In for three movies and their short film showcase and awards. You’ll be able to check out Best Sellers, Dream Horse, Summer of Soul, and some best short films made around the world, across Canada, and right here in our own backyard! Each night will also kick off with a live musical guest from 7:00 p.m. to 8:00 p.m.!

If you were hoping for a more traditional theatre-going experience, good news because Galaxy Cinemas (Commerce Park location) will be hosting an in-person screening of Beans. Winner of 12 awards, including Best First Feature Film at the Canadian Screen Awards, Beans is a uniquely Canadian coming-of-age movie that you won’t want to miss. There will also be a special post-movie gathering at Kensington Burger Bar with music, food, and all the film conversation you can handle!

Can’t it out to the theatre or drive-in? Well, The Barrie Film Festival has 12 must-see films that you can check out from the comfort of your home, including 5 pre-release films, with Virtual Screenings! Discovering the best films from Canada and around the world has never been easier. You can buy individual virtual film tickets for $10 or if you’re a film fanatic, you can grab a pass for $75, giving you access to all 12 movies!

So, what are you waiting for? The 24th Annual Barrie Film Festival kicks off on September 23 so head over to the website for more information and to start grabbing your tickets!