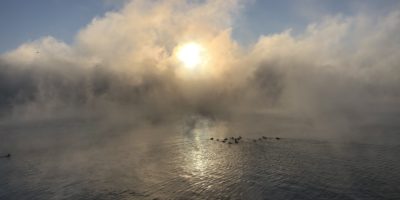 The recent chill in the air is helping to break a few records around the region.

According to Reddit user u/YOW-Weather-Records, and based on information stretching back to 1867, Barrie’s low of -5.1°C at 6:00 this morning makes this the coldest May 13th on record.

Meanwhile, Environment Canada data indicates there was a new record cold noted at Muskoka Airport, with the mercury dropping to -6.4°C. The previous coldest May 13th on record at the airport was minus -5 back in 1951. Down at Pearson Airport in Toronto, it was as cold as -3°C this morning, beating the -1°C record set on May 13th, 1967.

This comes as Barrie and most of the region come out the tail end of a polar vortex that not only brought record lows but also several centimetres of snow to the area over the past weekend. Environment Canada says the abnormally cold conditions for this time of year will give way to a
significant warming trend as the week progresses.