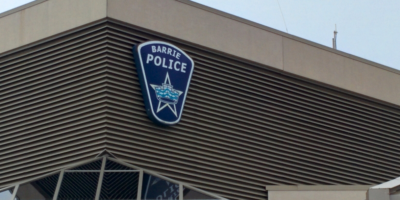 A year following the legalization of cannabis across Canada, and the Barrie Police Service continues cracking down on pot smokers. Only now, it’s more often those who smoke and drive.

“Our focus always has been and will remain ensuring the roads here in the City of Barrie are the safest for our citizens,” says police spokesman Peter Leon, “we encourage the public to make the right choices when it comes to operating a motor vehicle. Impaired operation is impaired operation, whether it be drug or alcohol and that is something we take very seriously.”

While the Barrie Police Service does focus on what goes on behind the wheel, there is still a modicum of concern for what goes on behind closed doors too. A suspected illegal cannabis dispensary was shut down in Barrie several months ago, by a special provincial task force struck for just such an occurrence. “Certainly that is something we work very closely with,” says Leon, “we do have a member of our service that belongs to that Joint Services Task Force, and they did some great work in our community in ridding us of that situation.”

Leon points out that officers are still focused on the effects marijuana sales have on organized crime. “We do know that organized crime plays a very big part in the drug trafficking operation that we see in communities, including ours. But we are lucky that our Street Crime Unit and drug enforcement unit are working very closely with everyone within our service to hopefully rid our streets.”