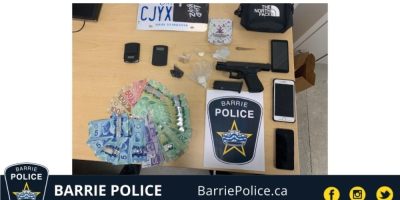 No such thing as a routine traffic stop.

Barrie police pulled over a vehicle in the area of Essa Road and Highway 400 on Tuesday and officers noticed a marijuana cigarette on the lap of the driver. During the investigation, police determined the motorist was a suspended driver, and he was arrested without incident.

Charges against a 28-year-old from Brampton include:

The suspect was held in custody pending a bail hearing.