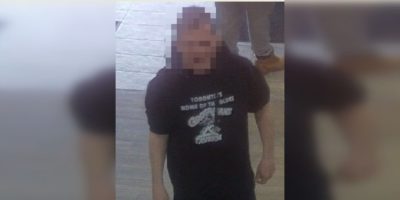 Barrie Police say a suspect has been identified, having been accused of making up a story to tug on some heartstrings.

Around noon on Tuesday, the suspect is accused of visiting the dog toy section at Ren’s Pets at Park Place. There, police say he took three items off the shelves and went to the cash register to “return” the unpurchased merchandise.

Related: Suspect may have claimed to be military to pull of south end Barrie scam

“In order to gain favour from the cashier,” reads a police media release, “he claimed to be an active member of the Canadian Armed Forces and also provided a story that his dog had recently died which accounted for the reason that he did not have a receipt.”

The suspect being sought by #BarriePolice for the Fraud at Ren’s Pets has been identified and charged. Thank you Barrie! #CommittedToOurCommunity #CrimeDoesntPay pic.twitter.com/2kNSRERCyS

Police say the suspect has since been identified and charged accordingly.