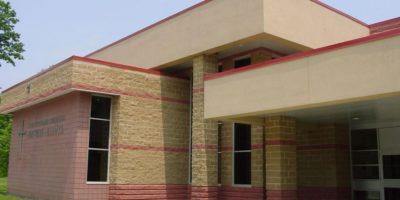 École Secondaire Catholique Nouvelle-Alliance on Anne Street was put into a hold and secure Monday morning, after reports came in of a student with a gun on school property. Police were called to the school around 11:15, while the suspect is said to have fled shortly before officers’ arrival.

A suspect was taken into custody by the mid-afternoon.

“Barrie Police responded with a multifaceted response,” said Police Spokesperson Peter Leon, “We have been able to confirm he is a student here at Nouvelle-Alliance,” added Leon, “I cannot get into the specifics of his identity due to the Criminal Justice Act.”

The hold and secure state continued into the afternoon, while Leon said students were allowed to leave with their parents. “Students are being released from the school in a very systematic process which is being conducted by school officials as we speak,” Leon told Barrie 360, “and as the parents arrive, the children are being released into the care and custody of their parents.”

Leon confirmed the weapon, which is now in police possession, is a real gun and not a replica. “I don’t remember in recent years where Barrie Police responded to a situation where a real gun was brought to any of our schools,” concluded Leon, “but this is something we train for.”