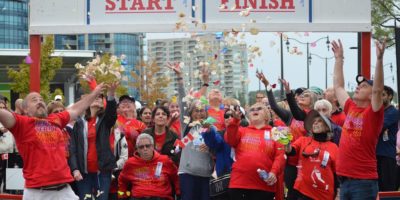 Over 1,000 people participated in the annual fundraising effort, this year pushing the Barrie chapter’s funds raised to over $175,000. Mike Swanson of Terry Fox Run Barrie says more pledge sheets are still coming in, so that number is rising.

That number reached in no small part due to the efforts of Will Dwyer; the 94-year-old Barrie man this year reached his life-long goal of raising $1 million for the Terry Fox Foundation. He’s already making headway on his second million.