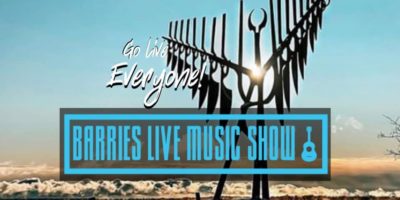 The local music scene has not hit a sour note because of the pandemic.

With bars and nightclubs closed and gatherings of more than five people banned, musicians in the Barrie-area have found a new platform to strut their stuff, encourage newcomers to the scene to share their material, while raising much-needed funds for local charities.

Jake Mathias of the local band The Straits founded ‘Barrie’s Live Music Show,’ which allows people of all ages, representing all types of music, to share their their talents through live or recorded video.

“Our band had seen similar platforms across Canada. We decided to do this as a charity thing and give back to those in the community who really need it.”

Mathias said the platform also gives musicians in the Barrie-area a chance to showcase themselves and get their name out there.

Launched only this month, Mathias spent the first week networking with local artists and encouraging them to invite friends and family to watch and participate.

Each week is dedicated to a different cause.

“After I learned about a food shortage at the Barrie Food Bank due to an inability to make physical donations, during the first week, the group raised $2,236 for the food bank,” said Mathias. “This past week, the charity of choice has been the Women and Children’s Shelter of Barrie for which I’m thrilled to say the group has raised over $7,000. The community response has been remarkable, and we can’t wait to see what we can achieve in the coming weeks.”

Peter Sundborg, executive director of the Barrie Food Bank is grateful for the support.

“During these times so many people are stepping up to support local charities which is fantastic and often the charity does not know a third party fundraiser is taking place.”

People can also purchase hats, t-shirt and hoodies from Barrie’s Live Music Show and all proceeds go to the selected charity of that week.

Mathias said the Barrie group is getting a name for itself across the country, as they have had performers from different parts of Canada get involved, and then there was the man from a Kiwanis Club in Saskatchewan who donated $500 to the local food bank in his community in the name of Barrie’s Live Music Show. He has also had positive feedback from Barrie city officials including Mayor Jeff Lehman and local members of the provincial and federal government.

The musician feels there is no limit to what Barrie’s Live Music Show can accomplish and Mathias has a number of ideas bouncing around including a karaoke night for families and a hip hop night for local rappers.

Since its inception, over 260 performances have been posted to the group with more coming on board each day.

Mathias said the group has over 4,000 members, though he adds it’s critical to spread the word and get new members as he doesn’t want to keep going back to the same people for money.

Headlined shows are from 6 p.m. to midnight and each performer gets an hour-long set. The rest of the day is open to anyone to go live or post video. 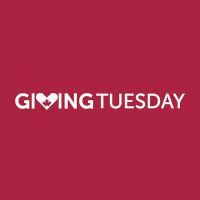