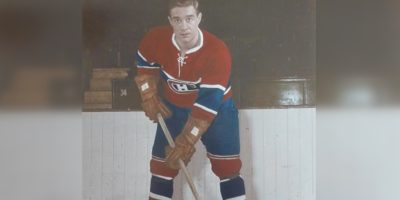 Paul Meger passed away last summer, and while his son Gary acknowledges things won’t be the same, he emphasizes the many good times with his father.

“It’s going to be a different Christmas. We have the emotions somewhat locked down, for now,” said Gary, 68. “But there are great memories. We’re very fortunate to have had him as long as we did. We never heard him complain, right to the end.”

A hard-nosed left-winger, Paul Meger played more than 200 games for the Montreal Canadiens and was a member of their 1952-1953 Stanley Cup champions.

But the next season, Meger’s career was ended when the skate of Boston Bruins’ Leo Labine caught him in the temple; he suffered a broken skull, along with tissue damage to his brain that required several operations.

Meger spent more than a year in hospital recovering from three brain surgeries and had a plate inserted in his head.

“He made a deal with God. If he lived, he would never have another bad day,” said Gary. “Dad had a great life. He lived to 90.”

Pensions from both the Canadiens and the National Hockey League certainly helped, but Meger was never idle, going on to do electrical work for Hap Emms’ downtown Barrie store, and then as an appliance repairman with Sears. He also coached a midget hockey team to an all-Ontario championship in the late 1950s.

Gary said his dad didn’t talk much about the hockey he missed because of his injury.

“But I don’t know how he couldn’t have had regrets (about not playing on that team),” said Gary, a mortgage broker and manager.

Paul Meger stood five feet, seven inches and weighed 160 pounds during his playing days with the Habs, and he paid his dues to get to the NHL.

Born in Watrous, Saskatchewan, Meger was a junior star with the Barrie Flyers and scored 26 goals for the American Hockey League’s Buffalo Bisons in 1949-1950, winning the league’s top rookie award, before being called up to the Canadiens for a pair of playoff games.

After scoring 34 goals in 46 games with the Bisons the next season, Meger was again called to the Habs and helped Montreal to the Stanley Cup finals.

“He was a heckuva two-way player,” Gary said of his father. “Dad made it on desire, his work ethic was second to none. There were guys with more talent than dad, but he had the work ethic to succeed.”

That was also a time when there were just six NHL teams, and jobs there were scarce.

“If you didn’t play, and play well, you knew they could send you to the minors forever,” Gary said.

He has his dad’s Stanley Cup ring, containing his last name, his number 20, the Canadiens Hockey Club insignia, the season 1952-53 and an etching of the old Montreal Forum.

“We kept him wearing it until we thought he would lose it. He loved to talk about his Stanley Cup ring,” Gary said.

“I wear it occasionally, not often. It’s just like a hug from dad, from time to time. It will go to my son afterwards.” 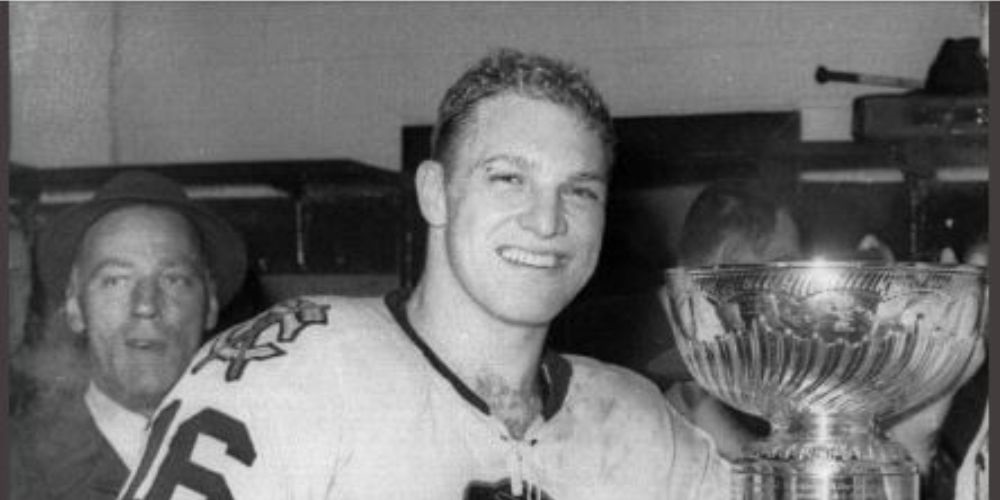